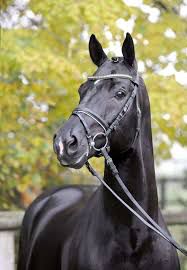 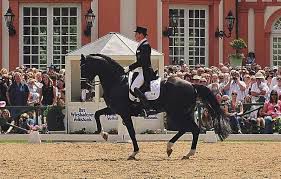 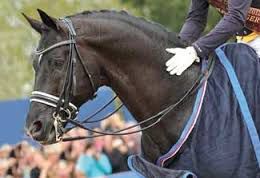 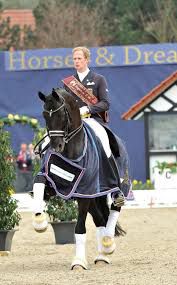 Totilas, already a living legend, led the dressage sport to a new and until then, unknown popularity: He alone set three world records, records that were only broken again by him. It took him and Edward Gal only two years to get all the possible titles one could get, twice Individual Gold and one Team Gold at the World Equestrian Games 2010, Team and Individual Gold Medal at the European Championships in Windsor, winner of the World Cup 2010, and in 2011, the best horse of the German Silver Medal Team with Matthias-Alexander Rath. At the German Championships in 2012, he won the Silver Medal in the GP Special and the Kür. Looking at it from the breeding perspective, Totilas continuously sets new records: In 2012, he produced the most expensive foal of all time, Total Recall (knockdown price 200.000 euros) at the foal auction in Vechta. Total Ideal cost 105.000 euros at the Oldenburg Summer Mixed Sales and Tout le Monde was sold for 90.000 euros at the Oldenburg elite foal auction in 2011. Since then, 20 of his sons have been licensed, including Toto Jr. who was sold for a top price at the Hanoverian Stallion Market in Verden in 2013 at 100.000 euros. In 2016, he won the Pavo-Cup of five-year-old dressage horses in the Netherlands. Governor and Top Gear were both Reserve Champions of their licensings and Talismann (knockdown price 360.000 euros) was ranked in the Verden premium lot in 2014. In 2015, his daughter True Love OLD was 2016 Ic Brillantring mare at the Oldenburg elite mare show and highly placed at the German national championships. In 2016, after winning the qualifier to the final, she became vice-champion of Germany. His offspring are of strong character and highly sought-after for dressage sport. They convince through excellent rideability and are very successful in basic and young horse competitions.
In 2014, Totilas was never beaten in his performances at Kapellen/BEL, Wiesbaden, Perl-Borg and Aachen and was also part of the German Nation's Cup winning team. Totilas' sire Gribaldi was Trakehner Champion Stallion, Trakehner Sire of the Year 2008 and internationally successful with Edward Gal.
On a continuous basis, he produced top horses such as the World Cup winner Painted Black/Anky van Grunsven, Grand Prix winner Sisther de Jeu/Edward Gal, Peter Pan/Beatriz Ferrer-Salat, BMC Pasternak/Coby van Baalen, Girasol/Nadine Capellmann and Zardin Firfod/Patrik Kittel. 27 licensed sons are listed in Germany alone, among them the Trakehner Champion Stallion Imhotep and the reserve champion All Inclusive. In 2014, he was the leading sire of the WBFSH world ranking dressage list. Totilas' dam produced another intermediate level/M level and an advanced level/S level dressage horse, as well as Totilas' full sister Uusminka. From his grand-dam Elsa come the advanced level/S level dressage horses Talan and Uljanoff. On the dam side, we have Glendale, Akteur, Pericles xx and Farn, predominantly sires of Holstein blood, who have always played a leading role in the internationally orientated performance breeding of the Netherlands, on the basis of the Oldenburg foundation line of Freiminka (by Godin-Rheinfürst etc.). Many successful sport horses and licensed stallions stem from this line, among them Iowa, Topas, Palermo/Wolfgang Kun and Marius/Caroline Bradley.
Totilas: a living legend!