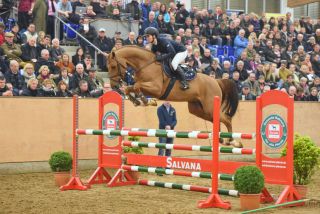 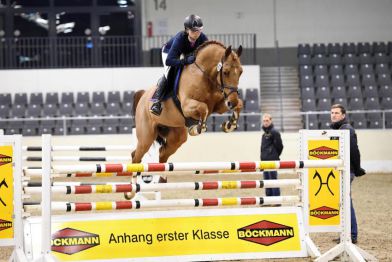 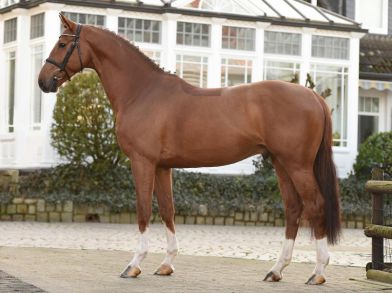 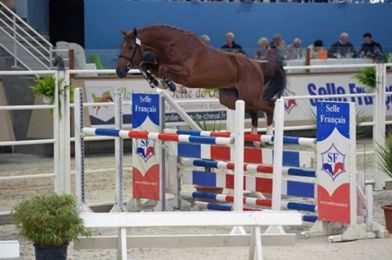 An extensive and perfect pedigree of accomplished sires: Baloubet du Rouet, Carthago, Coriander, Schampus xx, Ronald, Moltke and Ramzes. Baloubet du Rouet and Carthago both jumped at the Olympic Games, as did many of their offspring.

The dam line is the world-famous Hol-steiner line 104a. This line begins with Ramzes-daughter Retina, who in her time was one of the best Grand Prix show jumpers in the world winning the Derby of Hamburg at the age of seven! In breeding she dominates with her great genes. Brantzau’s great-grand dam already gave birth to three 1.40m and 1.50m show jumpers. Behind his great-grand dam we find the mare Odetta - dam of the approved stallion Landetto and grand dam to the top sire Corland. From this line also come stallions like Landego, Caretano and Contendro I.

Brantzau is a modern sport horse with blood, height and long lines. He has a great gallop and jumps with much scope, push-off and quick reflexes. He finished third at the stallion selection of the Selle Français studbook in France and is also approved by the Holsteiner Verband. At both stallion shows he impressed with his jumping skills and received many compliments by both the press and judges.

At a young age, Brantzau has already been approved for several studbooks. Last year Brantzau gained some excellent notes in the performance test in Schlieckau. For jumping, Brantzau was given an average score of 8.30 points.

Brantzau did well at his first competiitions and received high scores for jumping. Brantzau won the qualifier for the Bundeschampionat in Tasdorf with receiveing an 8.5 for jumping. In addition he took five more wins at competitions in Germany with high scores every class, ranging between 8.4 and 9.3.

Brantzau is stationed in Germany and is available for fresh semen within Europe.