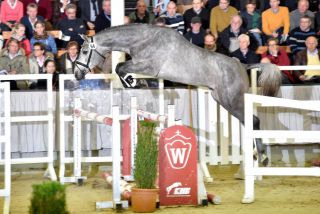 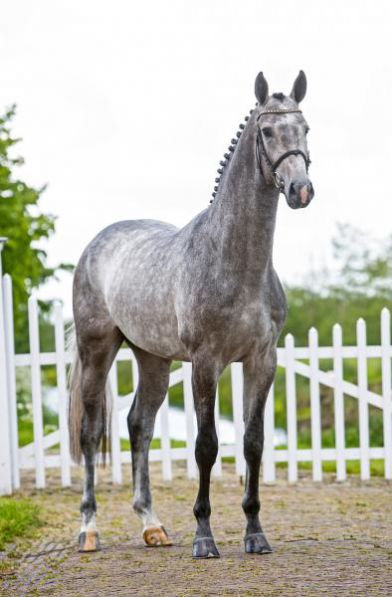 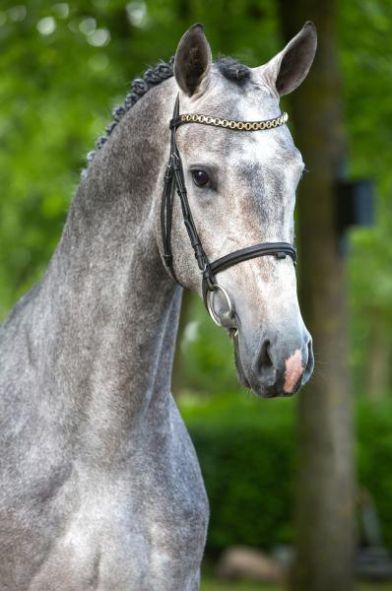 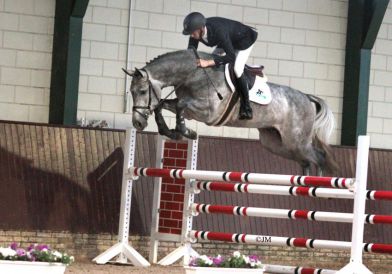 Cohinoor has a pedigree to dream of: Olympic world-class sire Cornet Obolensky combined with the true producer of show jumpers Stakkato and the Holsteiner legend Contender. Ridden by Marco Kutscher, Cornet Obolensky was among the world’s best jumpers and now he is even more famous for his fantastic offspring. Wonderful show jumpers Cornet d’Amour, Cornet’s Cristallo, Clooney, Cornado NRW and Comme Il Faut are just a few examples of top horses sired by Cornet Obolensky. Grand sire Stakkato has jumped at the highest level for many years and is indispensable for today’s breeding as both sire and as dam’s sire. The legendary Contender continues to be represented by his offspring in top arenas around the world - for example Chiara, Carlo and Colore.

Cohinoor’s dam line has already been successful in combination with super-sire Cornet Obolensky. Dam, Sophia, is halfsister to the Westphalian approved stallion Cornwall. This son of Cornet Obolenksy was reserve-Champion of the BundesChampionat for 7-year olds and jumps internationally at 1.45m level. In addition to Cohinoor, Sophia is also dam of the mare Carissma; who received a ‘10’ for her jumping technique. Great-grand dam Grafin Galexia jumped at the 1.45m level herself.

Cohinoor was approved by the KWPN with a fantastic score of 83 points and was one of the highlights of the KWPN Performance Test. Cohinoor scored an 8.5 for reflexes, technique, rideability & attitude and talent as a show jumper. For the remaining jumping components Cohinoor earned 8’s. Cohinoor stands out due to his appealing blood-type model and his light-footed way of moving. At the fences, Cohinoor impresses with his reflexes, technique and easy way of jumping. These qualities are seen in his first sport results: 2nd in the Stallion Competition of Peelbergen, receiving an 8.5 for his jumping technique with an 8 for rideability.

The first offspring of Cohinoor are appealing foals with expression; they are well developed with a light-footed canter, remarkable take off, suppleness and balance. Daughter, Lulena, was presented the Champion ribbon at the CK Friesland and finished 8th in the final of the National Foal Championship.

Cohinoor: the valuable genes of Cornet Obolensky and Stakkato plus impresses with his own scores

Semen is sold for one mare only. If that mare is not in foal by 1st October, we need an official letter signed by your vet stating that the mare is not in foal. With this letter you can continue to breed for 50% of the stud fee in the following season. There is no refund of the stud fee. All stud fees shown in euros. The transport of the semen is at the risk of the receiver/mare owner.
Copyright © 2021 B & W Equine Vets  |  All Rights Reserved
Equine Hospital
Breadstone
Berkeley
Gloucestershire
GL13 9HG