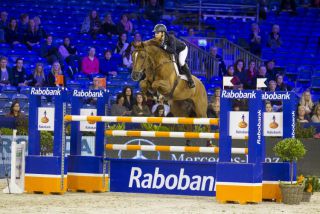 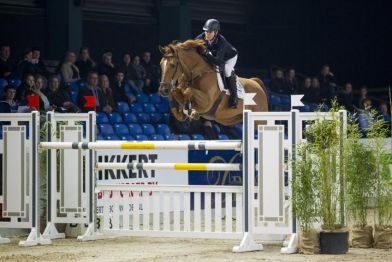 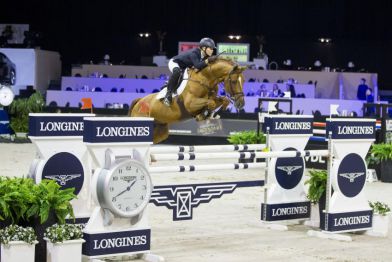 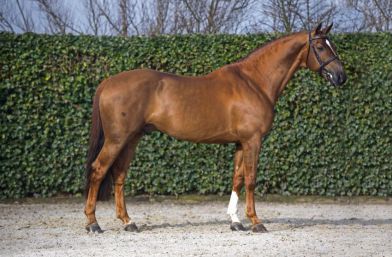 Falaise de Muze is a ‘foundation sire-in-the-making’ from one of world’s finest dam lines. Sire Wandor of Mispelaere was a favourite in the international rings ridden by Richard Spooner and Grant Wilson. Now he is found in the lists as a sire of Grand Prix show jumpers over and over again with examples like Goja, Ayade de Septon HDC and Evita van de Veldbalie. Grand sire Nabab de Rêve and great-grand sire Chin Chin were among the best sires of their generations and are still essential for a top-breeding program.

Falaise’s dam line is one of unprecedented class with three international top jumping mares in a row. His dam is none other than the top horse of Harrie Smolders, Walnut de Muze.

Grand dam Qerly Chin is also of great importance for today’s breeding of show jumpers. With her rider Christophe Barbeau, she was famous herself at the highest level with and she now resides on the throne of her own dynasty creating a dam line that has produced countless Grand Prix show jumpers: Vagabond de la Pomme, Ensor de Litrange, Diablesse de Muze, Sterrehof’s Ushi, Estoy Aqui de Muze HDC and the famous above-mentioned Walnut de Muze. Yet, another generation back finds great-grand dam Kerly - also a successful international jumping mare.

As a 5-year old, Falaise de Muze was a finalist at the World Championships in Lanaken. Ridden by Belgium’s Annelies Vorsselmans, Falaise de Muze performed notably at international level and achieved several impressive results up to 1.50m level. At every start, the handsome chestnut showed his great dedication, focus and character paired with his impressive reflexes and outstanding athletic ability. These highly important features Falaise stamps on his offspring.

His youngsters impress with unlimited scope, great reflexes and a good rideability and attitude. The oldest offspring are now 6 years old and making names for themselves.

At the WEF Sport Horse Auction in America, Gravin ES, one of the auction top-sellers went for $200.000 and Garfield ES was sold for $ 70.000. Hiek’n was approved for the AES and NRPS and Ivano was approved by Zangersheide.

Semen is sold for one mare only. If that mare is not in foal by 1st October, we need an official letter signed by your vet stating that the mare is not in foal. With this letter you can continue to breed for 50% of the stud fee in the following season. There is no refund of the stud fee. All stud fees shown in euros and are subject to UK VAT. The transport of the semen is at the risk of the receiver/mare owner. Frozen semen only available from this stallion.
Copyright © 2021 B & W Equine Vets  |  All Rights Reserved
Equine Hospital
Breadstone
Berkeley
Gloucestershire
GL13 9HG