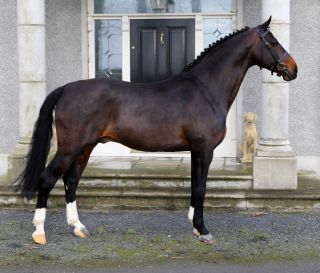 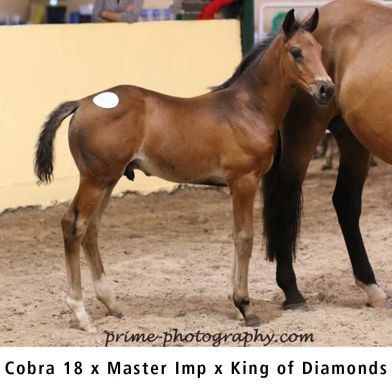 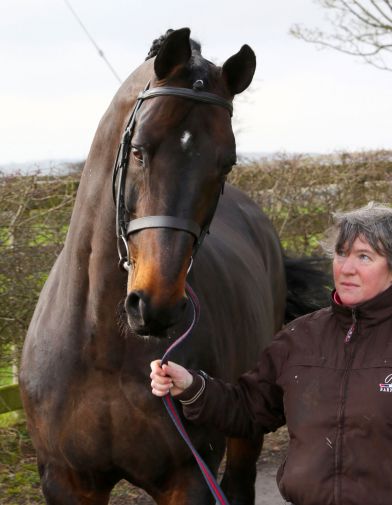 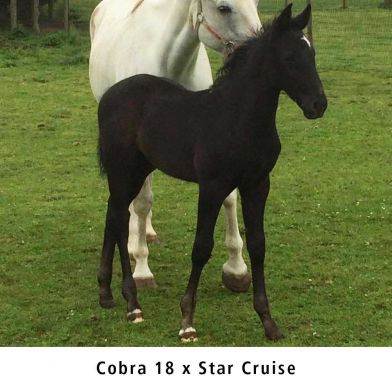 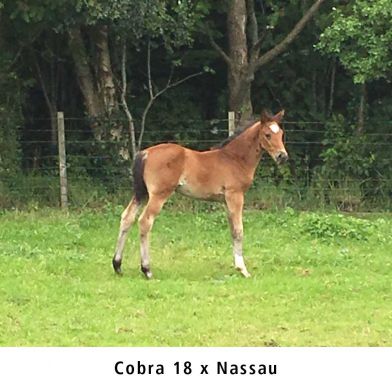 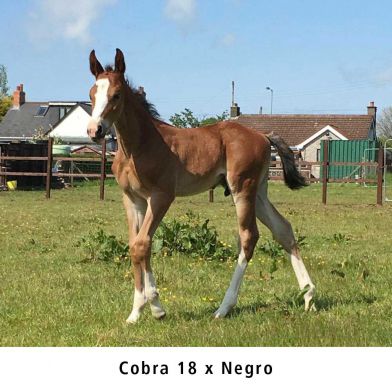 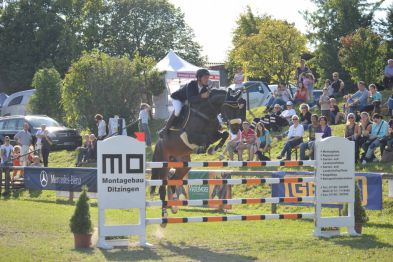 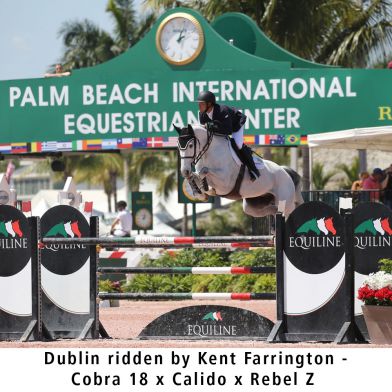 Cobra 18 possesses all the attributes of a world-class sire: superb genetics, proven performance to a top-level and exceptional fertility.

In addition to the magic mix of Cornet Obolensky and Ramiro Z, Cobra 18 also benefits from the essential thoroughbred blood of Usurpator xx, making him 49% thoroughbred - a winning combination in modern day sport horse breeding.

Having covered a limited number of mares as a 4yo, Cobra 18 then concentrated on his own show jumping career, until a career ending injury in 2014 forced his retirement to stud. During this time, he jumped to international 150 level, but what was the sports’ loss is the breeders gain.

His sire - Cornet Obolensky - has consistently ranked in the top 3 in the WBFSH Show Jumping sire rankings and Cobra 18 received an impressive overall jumping score of 8.81 in his 30-day stallion test with the ZfdP studbook in Germany.

His dam – Ranaschun - is a daughter of Ramiro Z, himself a famous international competitor and also sire of countless Grand Prix jumpers, including Ludger Beerbaum’s renowned Ratina Z. Ranaschun is a full sister to the licensed stallion Rodney, who competed under Fritz Ligges (Germany) on the International Circuit, enjoying many Grand Prix and Nation’s Cups wins.

Ranashun produced 11 foals, including 5 licensed stallions and sport horses that have won in 150 Level show jumping, passing on her performance genes to her daughters and granddaughters. Her offspring are also producing successful competition horses, proving that her exceptionally competitive damline, originating from Hannover Stamm 461 and passed on from her legendary foundation dam, Usch, continues to dominate today. This includes Cornet’s Gold 2 (Kyle Timm, CAN, 1.55), Miss Fritz (Tim Stockdale, GB, 1.45) and Phoenix L (Dan Jocelyn, NZL, CCI4*).

The combination of Cobra 18’s sire and dam has resulted in a fantastic, competitive gene pool, demonstrated by his offspring competing in the sport. Currently the most notable Cobra 18 sired competitor is the 10 year old Dublin (Cobra 18 X Calido), who made his 1.60m debut in 2016 with Carly Anthony of Team Eric Lamaze and is now under the new ownership of Team USA’s Kent Farrington.