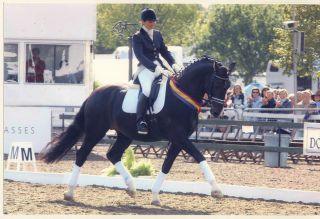 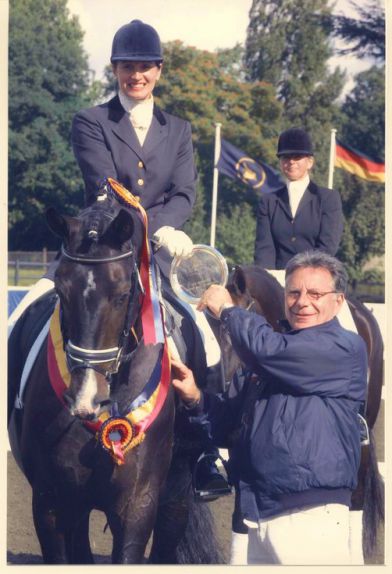 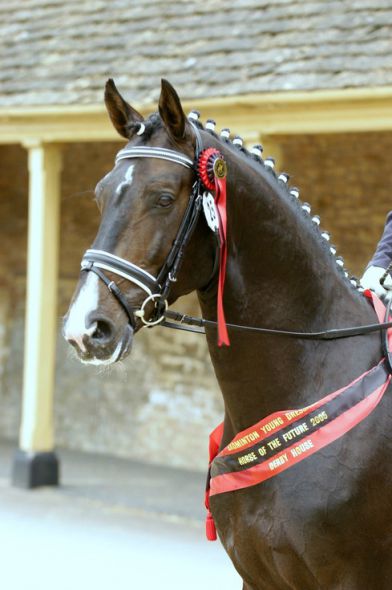 Nibeley Union Jack is an outstanding stallion with the temperament to match, which he passes on to his offspring, making them very easy to ride and train. Jack had an exceptional start to his dressage career becoming Champion and Supreme Champion Young Future Dressage Horse, scoring 9's & 10's for all three paces. He was selected in 2006 to represent Great Britain at 'The World Breeding Championships' in Verden, Germany where he came 13th in the world, he then consistently won up to Intermediaire 1 before a road accident put a stop to him competing again. He was working at Grand Prix at home and we feel sure he would have continued to win at top level.

Nibeley Union Jack has sired some very talented offspring who have gone on to represent their countries. Others are quietly making their way to the top in Dressage (please see our website for offspring photos and updates). He is a useful stallion to use on hot mares because of his easy, laid back temperament and has to date never sired a chestnut foal, even with chestnut mares. We believe he is homozygous

2006 Selected to represent GB at The World Breeding Championships in Germany where he was 13th in the world.

2007 Winner of the Novice Regional Championship.

2007 Winner of The Strada Saddles Championship for Young Dressage Horses.

2009 Selected by Horse and Hound as the Dressage Stallion of the future to watch for.