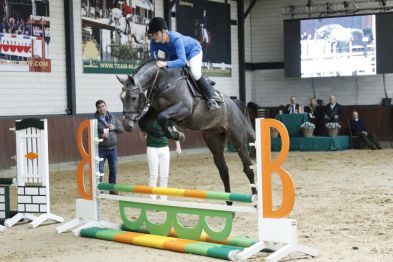 Cello vd Bisschop Z was one of the highlights of the BWP Stallion Show this year. The attractive grey stallion stood out with his powerful way of jumping, combined with a fantastic jumping technique and his stunning appearance. Cello’s pedigree is one to dream of: sire Cicero Z is currently one of world’s best producers of showjumpers and grandsire Stakkato has become a Hanoverian legend. However, the damline of Cello vd Bisschop Z is what makes his pedigree really special; the Cello’s pedigree goes back to the famous Usha van ‘t Roosakker.

Cello vd Bisschop Z seems to be an asset for Dutch breeding in every way; top pedigree, top damline and top talent.