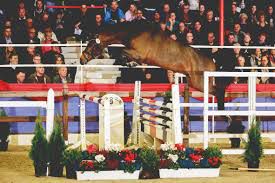 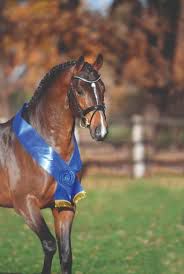 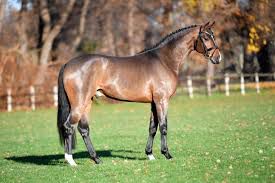 Conthalou was the acclaimed Champion Stallion of the Oldenburg show-jumping OS licensing. "This young stallion is very well presented and modern in type. He impressed us with his very accurate jumping, fast reactions of the front legs and plenty of scope. This son of Conthargos is a good example of well-bred and sport-successful dam lines. He convinced with his overall package and is a worthy champion stallion today", enthused the Oldenburg's Breeding Director Wolfgang Schulze-Schleppinghoff.

His grand-dam Chaccos-Lüd is the full sister of the two premium stallions Chacco’s Son I and II (both by Chacco-Blue). In 2018 and 2019, Chacco's Son I was part of the victorious German Nations' Cup team at the CHIO in Aachen with Maurice Tebbel. In 2015, Chacco's Son II was winner of the Oldenburg main premium and the two following years, competed in the final of the German Championships. Chacco's-Lüd produced Corydon van T&L (by Cornado NRW)/Ferdeic Vernaet/BEL, OS Reserve Champion and successful in 1.40m show-jumping competitions.

Our performance sires Balou du Rouet and Chacco-Blue appear in the next generations and secure the pedigree of Conthalou in the most excellent way.

Chacco-Blue was third of the Grand Prix in Aachen, won the Grand Prix in Neumünster and has led the WBFSH ranking since 2017. At the European Championships in 2019 in Rotterdam/NED, his son Explosion W/Ben Maher/GBR won individual silver and team bronze. Eight of his offspring took part in the 2018 World Equestrian Games in Tryon/USA. In 2017, Chaqui Z/Shane Sweetnam won team gold at the European Championships in Gothenburg/SWE.