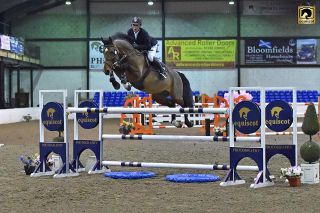 In addition, the offspring of Denzel van ‘t Meulenhof are popular with some of world’s best riders; Italy’s leading ladyrider Giulia Martinengo Marquet rides Jotabe B, Intertoff is in the stable of Olympic, European and World champion Jeroen Dubbeldam and USA’s former world number one Kent Farrington bought the talented Jikke-Cara for 325.000 euro at The Youngsters auction. The offspring of Denzel van ‘t Meulenhof stand out for their light-footedness, reflexes and superb canter. They jump with plenty of athletic ability and are modern sporthorses.