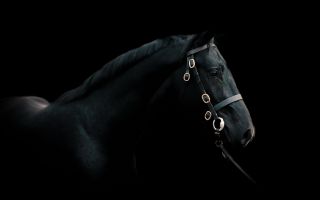 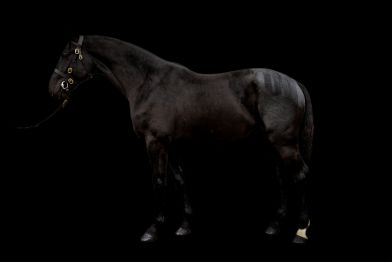 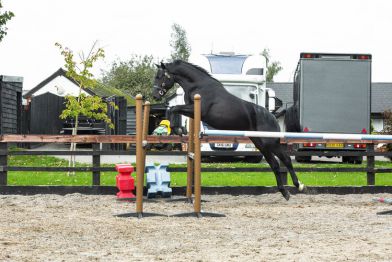 Churchill III Is The Much Anticipated New Stallion To The Gemini Stud For The 2021 Stud Season. Foaled In 2018 This Jet Black Stallion Has The Very Best Of International Show Jumping And Eventing Bloodlines.  Churchill’s Grand Sire The Legendary Show Jumping Stallion Christian Show Jumped Successfully Internationally At 1.60m And Churchill’s Dam Weltmusik Has Already Produced The CCI4* Eventer The Classic Composer Ridden By Harry Meade.

Churchill III’s dam Weltmusik has produced two other winning event horses.  Weltmusik is also the dam of the graded stallion and HOYS Cuddy Finalist Classic Opera who was ranked in the top 12 stallions in Great Britain by Horse and Hound 2019.  Classic Opera as a sire has been used on multiple Advanced event mares and a Burghley CCI5* mare along with Christopher Stone’s Chillis Gem.

Weltmusik’s first foal scored a perfect ten for type at The Futurity and went on to become the overall Futurity National Champion.

Weltmusik herself is a Hanoverian Elite Graded mare and in 2007 was the highest ranked broodmare for dressage in Great Britain under the British Equestrian Federation Broodmare rankings.

Churchill has an exceptional athletic bascule and outstanding balanced canter. At Churchill’s 2020 grading particular note was made of his superb temperament. Churchill was foaled in 2018 foal and will mature to 16.2hh. Churchill’s dam and sire are WFFS negative. Licensed in 2019 with Breeders Elite.

Breeders please note that Churchill will be available on a restricted basis in the 2021 stud season. Limited advanced bookings to secure availability will be taken from October 2020.