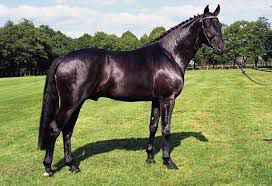 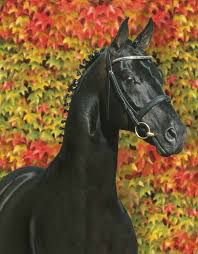 Descendants of Sandro Hit are high in blood, modern, harmonious, equipped with excellent movements and a fascinating appearance. They conquered the scene and made their sire a foundation stallion of modern times. His heredity is full of superlatives never seen before.

His progeny, foals and horses are top at auctions; he sired several champion stallions, participants at championships, Grand Prix winners up to participants at the Olympics. From 2010-2012 he won the ´ USEF/Performance Horse Registry Leading Sire Award` in the USA as the best dressage sire.

Sandro Hit was a radiant Bundeschampion, World Champion of six year old dressage horses and trained up to Grand Prix. Starting at the Schockemöhle Station, the global equine triumph of Sandro and his progeny began. The sire Sandro Song was licensing champion in 1990 and main premium champion 1992. The dam Loretta has handed on excellent genetics to three licensed and important breeding sires, Sandro Hit, the Grand Prix successful Diamond Hit and Royal Hit. World-wide she must be one of the most influential mares of her generation.