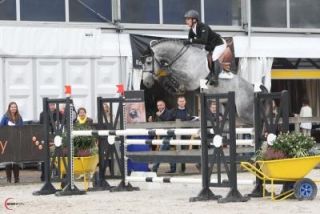 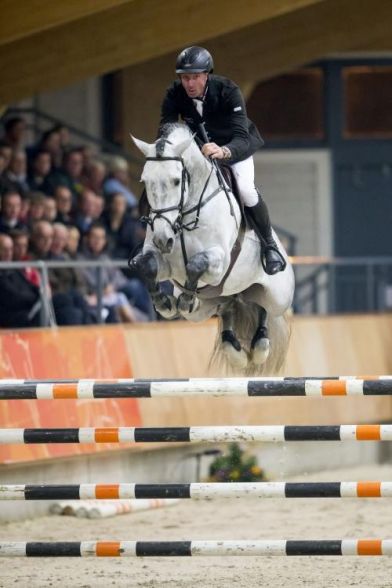 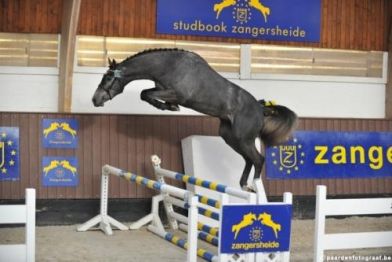 You cannot imagine a more beautiful sire line than that of Dallas VDL. His father Douglas (Darco x Capitol) excites with his offspring who now are jumping at Grand Prix level. Grand father Heartbreaker, a Grand Prix jumper himself, is sire of many international sport horses and of approved stallions like Harley VDL and Quasimodo van de Molendreef. Next in the pedigree we see Mr. Blue who was an international jumper and was sire of Simon, Plot Blue and the phenomenon Zirocco Blue. As 4th and 5th in this line we see ‘Stallion of the Century’ Nimmerdor and the performance-giving thoroughbred Erdball xx. These stallions are at the core of sport and breeding horses like Apollo, Just Malone, Goldenbridge, Heartbreaker, Ahorn and more.
Dam Wonder A.S. also brought Grand Slam VDL, the all-time top scorer of the KWPN Stallion Performance Test with 90 points. Great-grand dam Bonette carries the ‘Preferent’ and ‘Prestatie’ designations and has produced Grand Prix show jumper Annette and another 1.35m show jumper. Bonnette is the full sister to the international show jumper Drummer.
Dallas is a modern stallion with good gaits, jumps with very good take off, much scope and is very careful. Dallas underwent his stallion test in Adelheidsdorf, Germany to pass the 70 days test. He received good marks for his jumping with an average score of 8.53. With this he placed 2nd in the jumper stallions ranking. For free jumping he got a 9, for jumping under saddle an 8.5 and for potential as a jumping horse a 9.08, giving him the highest score of the group for this section.
Dallas shows much potential under saddle and has already been successful with Jur Vrieling. In the stallion competition at 1.30m/1.35m level the pair won three out of three competitions! In Ermelo, Roosendaal and Zuidbroek he was the convincing winner. During the Jumping Tour Holland in Sibculo Dallas finished second, eighth and ninth in the international classes for 6 and 7 years olds. In Zuidbroek he was second in the international youngster class.
His first offspring seem to be very appealing - good types and jumping with quick reflexes, great take off and scope. From his first crop a son was invited for the second inspection of the KWPN Stallion Show.
Dallas meets the PROK and Roaring standards of the KWPN.
Expected Breeding value: 146.

Semen is sold for one mare only. If that mare is not in foal by 1st October, we need an official letter signed by your vet stating that the mare is not in foal. With this letter you can continue to breed for 50% of the stud fee in the following season. There is no refund of the stud fee. All stud fees shown in euros and are subject to UK VAT. The transport of the semen is at the risk of the receiver/mare owner. Chilled semen is limited when stallion is competing.
Copyright © 2021 B & W Equine Vets  |  All Rights Reserved
Equine Hospital
Breadstone
Berkeley
Gloucestershire
GL13 9HG