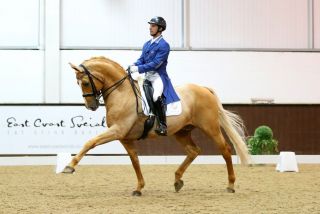 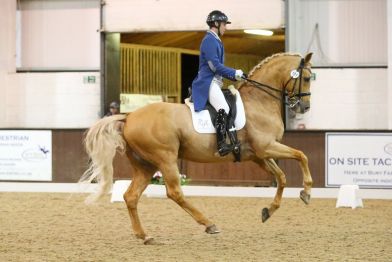 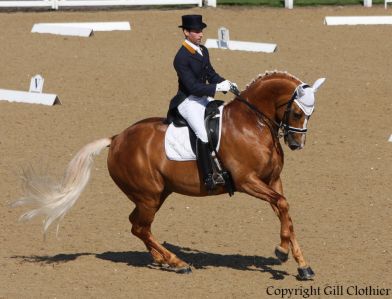 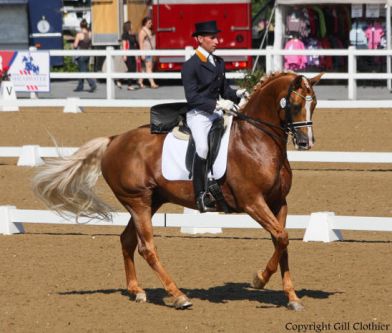 Decanter has three fabulous paces and an excellent technique jumping, added to this a wonderful temperament and superb colour make him a sire not to miss. He is proving popular overseas and he has a son in Holland who has been retained for breeding and a stallion son in South Africa. His first mares are booked for the USA this year.

His great grandsire World Cup I is recognised as an important dressage sire with numerous offspring competing at International level. His great grand sire on his damline, Graditz, is the sire of the famous International dressage horse Gigilo and also produced several stallion sons. Graditz’s  sire Grande was a famous show jumping sire who produced numerous stallion sons and also had a number of international show jumping and dressage progeny. Grande produced 33 approved sons, 34 states premium mares and sent three of his showjumping progeny to the Olympic Games.

Decanter started competing in 2008 and has competed at the BD Nationals and Regionals since then. He now competes successfully at Grand Prix

Decanter is producing elegant stock with big paces and excellent temperaments. Feedback from mare owners is indicating they are very easy to handle and are proving a delight to back and ride on. There are older youngstock successfully competing in Eventing and Dressage

There is a 50% chance of him passing on the cream gene giving either palomino, buckskin or smokey black foals to non dilute mares.