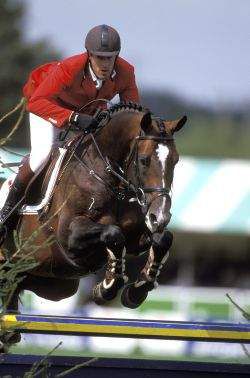 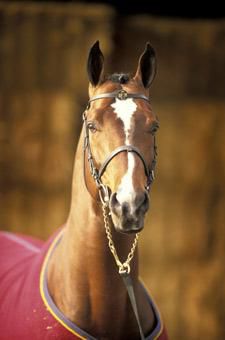 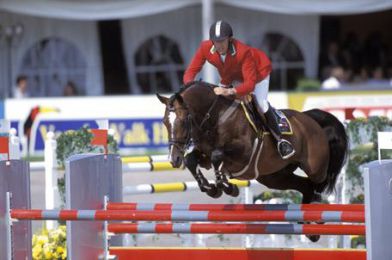 Lux Z is one of the most successful stallions in international showjumping. With Jerry Smit, Lux Z participated in the 2000 Sydney Olympics and he won the Pulsar Crown competitions in Valkenswaard and Cannes. This brought Lux Z's total winnings to more than a million euro

His sire, Lord Calando (Lord), is just like the world-famous jumping stallion Carthago Z (Capitol I), bred out of Perra (Calando I). As well as being Lux Z 's sire, Lord Calando is the sire of many international showjumping horses such as; Locanda (Marcus Ehning) and Lukas (Emma Wester). The Hanoverian stallion Lux Z was bred at Zangersheide Stud Farm out of the Holstein mare Apocalypte Z (Ahorn Z), a product of lineage 2543. This famous Holstein family was also responsible for the licensed stallions Lavallo, Lasino and Lone Star.