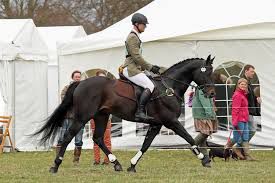 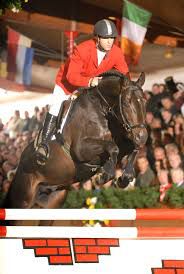 Exceptionally elegant full brother to the internationally successful Shutterfly ridden by Meredith Michaels-Beerbaum. Sir Shutterfly is a stallion with a lot of thoroughbred quality with great power and speed and a good technique with an ideal bascule. In addition he has three very elastic gaits making him the perfect sire for both eventing and showjumping.

Sir Shutterfly is a stallion with a lot of thoroughbred quality with great power and speed and a good technique with an ideal bascule. His light-footedness and scopey jump point towards an international jumping career. In addition he has three very elastic gaits.

Sir Shutterfly has an exceptional pedigree. His sire Silvio I, is regarded as one of the most prominent Sandro offspring in the breeding world, and on the dam’s side, the required thoroughbred connection comes from the thoroughbred Forrest xx. Also interesting is the connection to Gardestern-Wendekreis.

At his 30 day stallion performance test Sir Shutterfly received the maximum score of 10.0 for his scope, technique were awarded with 9.75 and 9.5 respectively he also received 9.0 for temperament and character at his 30 day test.

Eventing and Showjumping.  Sir Shutterfly has a proven pedigree for show jumping and an awesome prospect for eventing given his thoroughbred qualities combined with exceptional jumping ability and movement.

Sir Shutterfly boasts the refining genes of a successful dam line in his pedigree and will be suitable for many types…. speak to Jo at Fairlight Stud for more advice

Sir Shutterfly achieved excellent scores in his 30 day test: 10.0 for scope, 9.75 and 9.5 for jumping ability and technique and 9.0 for temperament and character. He qualified impressively for the Bundeschampionat of Five Year Old Show Jumping Horses and is now competing at 1.50 m level. His dam, Famm, was Hanoverian Mare of the Year in 2007. One of her four full siblings, Salut Bonheur, is an approved stallion and one of her stallion foals sold for EUR 50,000 at the Hanover auction. She also produced Remedi D by Rouletto, a successful show jumper in Italy, Spilo D by Santini, which won the Israel World Cup, and Let’s Fly by Lordanos, winner of the Rome Grand Prix with Rodrigo Pessoa. Famm’s stallion foal by Quintender sold for EUR 120,000. Sir Shutterfly’s full sister, Shuttergirl, produced a foal by Quintender which sold for EUR 40,000.