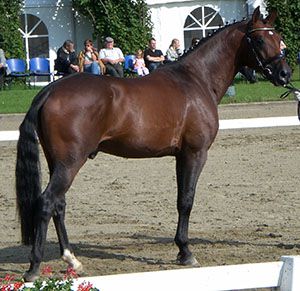 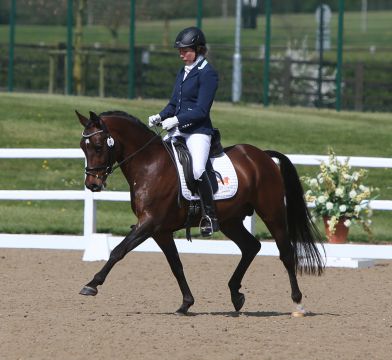 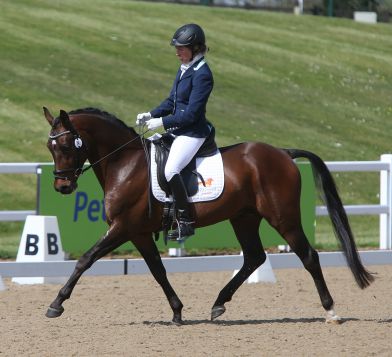 Full brother to Der Feine Lord AT and Dance Star AT: two of the most sought after dressage ponies in Germany.

Dark Knight 2 is one of eleven full siblings from the pairing of the great Dressman and Folklore mare Gina: seven licensed stallions and four state premium mares! This family is one of the most successful families in German FEI dressage pony breeding and is now producing a dynasty of top dressage and breeding ponies in Germany.

Full brother Der Feine Lord, was on the German gold medal winning European team in 2009 and won many national and state awards and is still competing FEI level in Germany and his offspring are now winning FEI level dressage all over Europe with Der Kleine Lord on the Great Britain Bronze medal winning team at 2013 European Championships with Alexandra Hellings.

Full brother Dance Star AT is heading a dynasty of his own in Germany. He was Bundeschampion, Vice Bundeschampion twice over, champion at his stallion grading and is a proven top class breeding stallion with over six licensed sons, state premium daughters and Vice Champion Bundeschampionat winners from many different mare lines. This first generation are now proving to be top class competition and breeding ponies producing a second generation of champion licensed stallions

Dressman is one of the most successful FEI dressage ponies ever. Before retiring to stud in 2007, at the age of 19, he had been ridden by three different German pony riders and won a total of 6 team Gold medals and two individual Golds! Champion of his licensing in 1991, he then won the 30 day stallion test in 1992 and was the first pony ever to win the Bundeschampionate four years running. Dressman is still fit and healthy aged 28 years! As a sire, Dressman has at least 40 graded sons, over twenty State Premium daughters and numerous Bundeschampion and Vice-Bundeschampion winners.

The dam line is no less successful than the paternal line. Gina, a State Premium mare, was Reserve winning mare of the Weser-Ems state show and her dam, Giana, by the notable Weser Ems sire, Brillant, was German Champion mare. Giana's dam, Gina, was a Welsh Sec B.