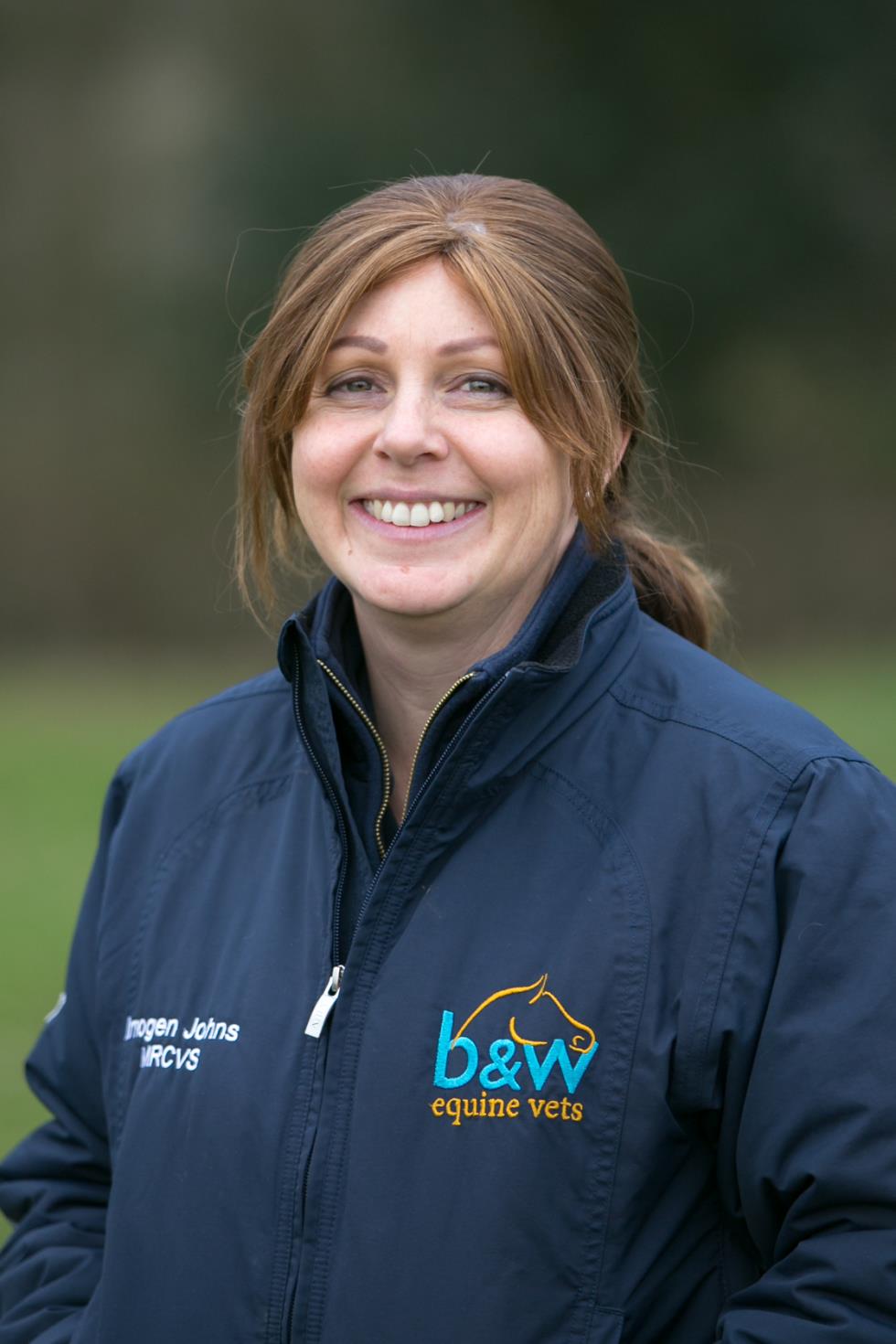 Imogen graduated from the University of Sydney in 1997, and then spent three years in private equine practice in Australia. She completed a residency in Large Animal Internal Medicine at the University of Pennsylvania between 2001 and 2003, and remained there as a Lecturer until 2007. She then worked for the Royal Veterinary College as a Lecturer in Equine Medicine, where she divided her time between clinical activities as a medicine clinician in the Equine Referral Hospital, teaching of undergraduate students and research activities. Imogen is an RCVS Specialist in Equine Medicine (Int Med) and a Diplomate of the American College of Veterinary Internal Medicine. Imogen joined B&W in 2017 as part of the Equine Hospital referral team of clinicians. In 2020 Imogen was awarded a Fellowship of the Royal College of Veterinary Surgeons.

Outside of work Imogen runs marathons and takes part in triathlons with her husband Keith and her dog Chabal!